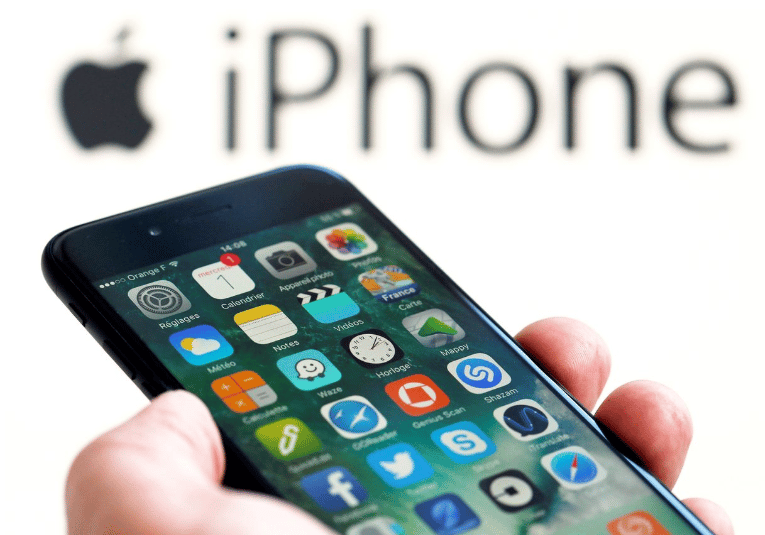 Forensic tools used to hack into iPhones have been enhanced recently, making iPhones like this iPhone 7 easier to crack. PHOTO: REGIS DUVIGNAU/REUTERS

By Robert McMillan
The escalation of a long-running encryption conflict between the Justice Department and Apple Inc. has puzzled security experts who say that new hacking tools have made it possible to gain access to many of the company’s devices in criminal investigations.
Attorney General William Barr ratcheted up pressure on Apple on Monday, painting the company as unhelpful to the government as it seeks to unlock two iPhones belonging to an aviation student from Saudi Arabia who authorities say killed three people at a Florida Navy base last month. Mr. Barr described the phones as “engineered to make it virtually impossible to unlock them without the password.”
Justice Department officials said they spent a month seeking ways to access two phones used by Second Lt. Mohammed Alshamrani, a member of the Saudi air force who allegedly opened fire in a classroom at Naval Air Station Pensacola on Dec. 6 before being shot and killed by sheriff’s deputies. After consulting with experts and vendors and failing to break into the devices—an iPhone 5 and an iPhone 7— investigators reached out to Apple directly, officials said.

In a statement Monday, Apple said the company was notified a week ago that the Federal Bureau of Investigation needed additional assistance. Apple was contacted on the day of the shooting and provided iCloud backups, account information and transactional data for one iPhone, a spokesman said. On Wednesday Jan. 8, Apple received a subpoena related to a second iPhone, he said.

Just a few years ago, many iPhones were almost impossible to crack, but that is no longer true, security experts and forensic examiners say. Companies including Grayshift LLC, Israel’s Cellebrite Mobile Synchronization Ltd. and others offer methods to retrieve data from recent iPhones.

“We’ve got the tools to extract data from an iPhone 5 and 7 now,” said Andy Garrett, a chief executive of Garrett Discovery, a forensics investigation firm. “Everybody does.”